Electric vehicles are now available in eXpanSIM! You can take a virtual ride in a Formula E vehicle, Tesla-inspired car, or a futuristic truck. Raving Bots is developing the world’s first electric vehicle driving simulator with realistic physics. The simulator also supports VR technology for an immersive experience. 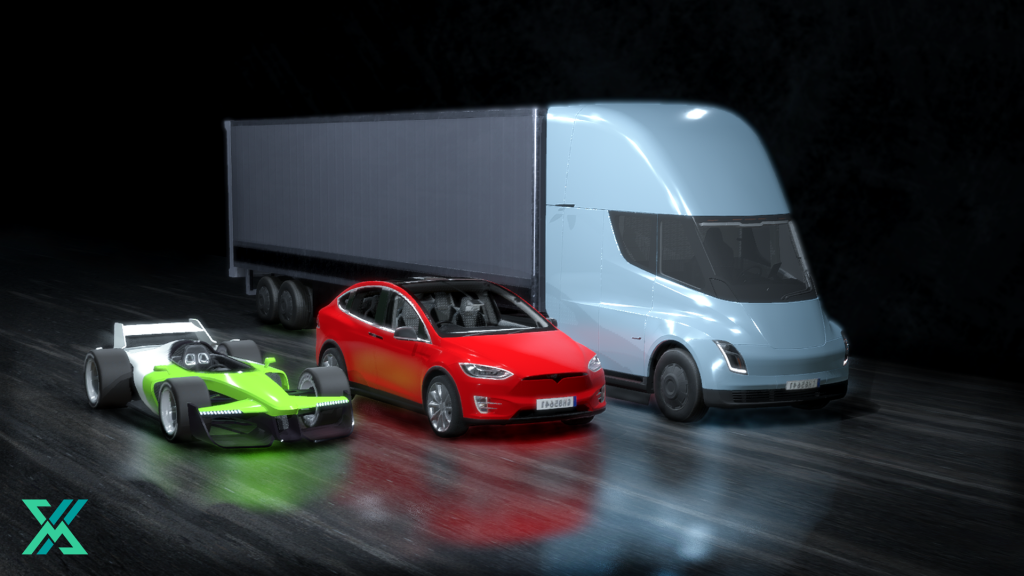 Formula E is a new exciting motorsport equivalent to F1 but with electric racing cars. An electric motor provides an instant torque starting from 0 RPM, which is a real game-changer! 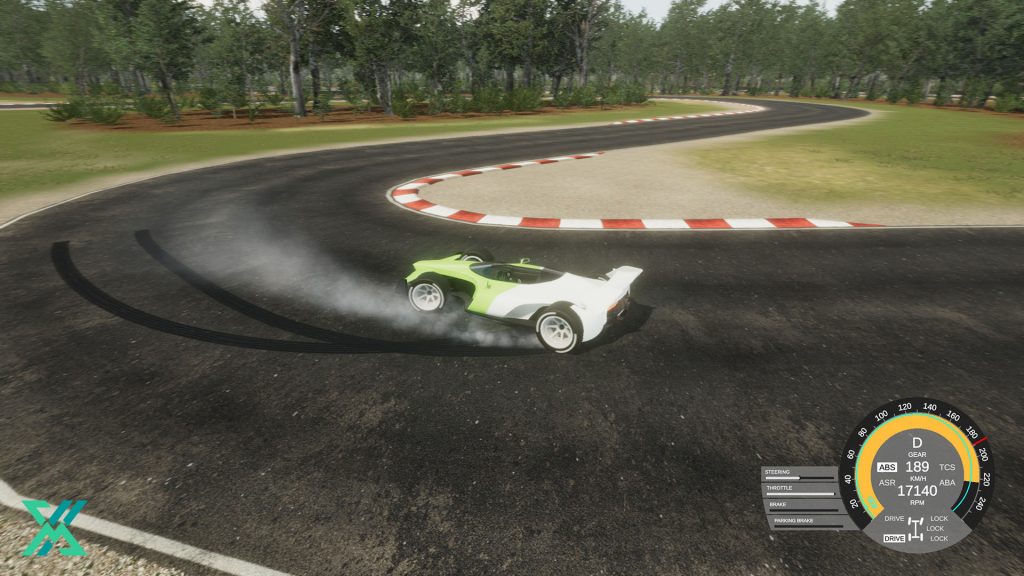 In eXpanSIM, you can take a ride in one of those insane cars and experience 0-100 km/h acceleration in less than 3 seconds. Unlike many other racing games, eXpanSIM has an advanced tire model that can simulate tires with a friction coefficient greater than 1. Thanks to this, all torque from the motor can be immediately applied to the wheels, and at the same moment, oversteering and understeering of the vehicle can be realistically reproduced.

Many drivers consider switching to an electric car, but they are unsure about the performance and advantages of such a vehicle. It is known that electric motors have drastically better efficiency than conventional combustion engines, which converts to lower energy consumption and driving costs. 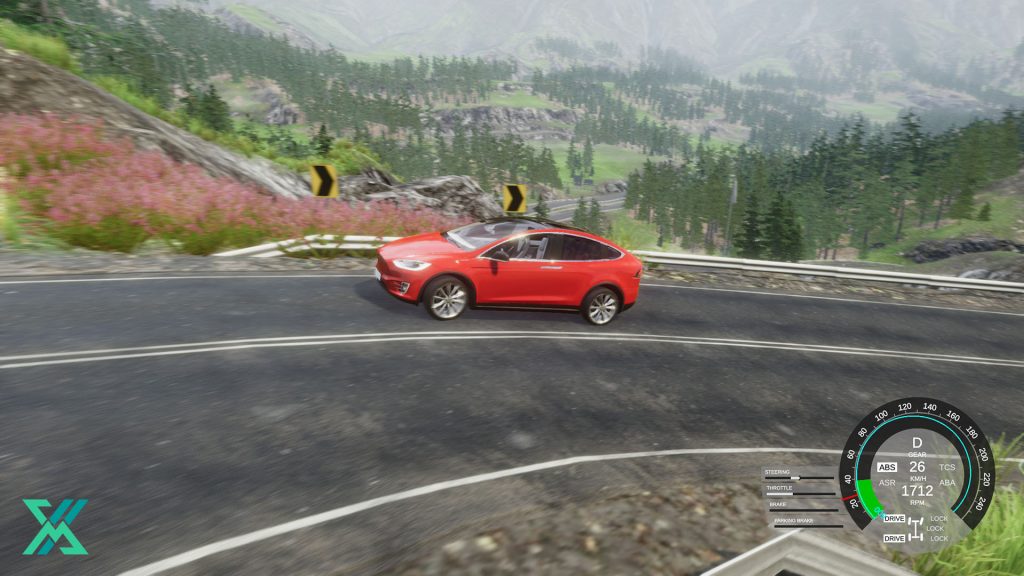 eXpanSIM realistically simulates multiple powertrain types powered by an electric motor, a petrol engine or a diesel as well. The simulator can accurately measure energy and fuel consumption. It is a tool that allows you to compare the economy of different driving styles in various vehicles. One of the currently simulated vehicles is an electric car inspired by Tesla Model X.

Tesla Semi is an innovative concept of an electric truck announced by Elon Musk. The vehicle is still in development, and it is not commercially available yet. However, it is widely anticipated because it can significantly contribute to reducing environmental pollution generated by diesel trucks. 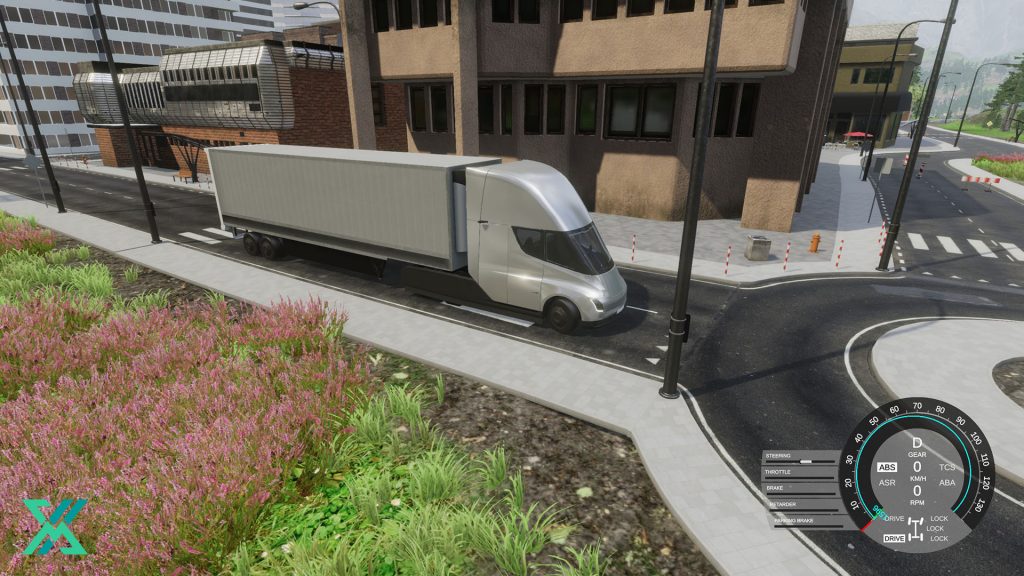 eXpanSIM allows you to be one of the few who can sit behind the wheel of such a vehicle and take a virtual ride. Modelling an electric truck inspired by Tesla Semi was not an easy task because almost all manufacturer data is not available yet. Our engineers analysed existing truck designs and electric engine characteristics to predict realistic parameters of the vehicle. See the result!

The simulator does not require VR equipment, but if you do have HTC Vive or Oculus Rift, then you should definitely try it out. With VR goggles, you can freely look around in any direction while driving. It is easier to feel the speed, judge the distance and use mirrors. The level of immersion makes your brain think you are driving a real vehicle.

eXpanSIM is still under development. If you are interested in testing the current progress, you can get early beta access on Steam:
– https://store.steampowered.com/app/1015370/eXpanSIM/